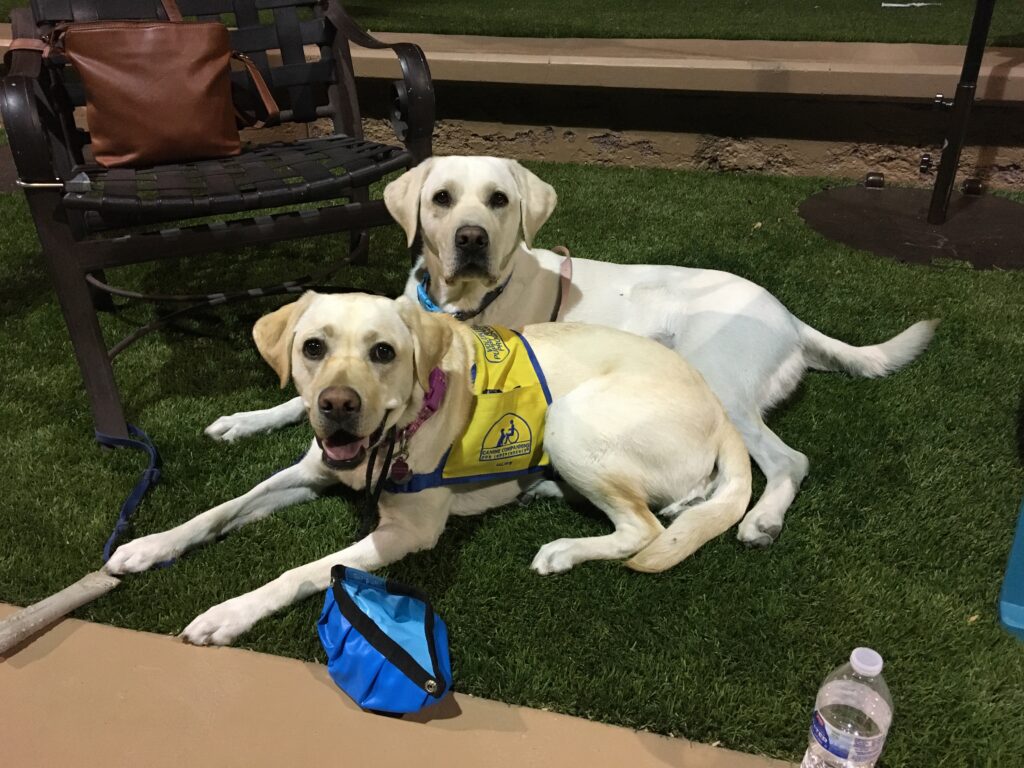 Today we're mentioning assist dogs helping others and marvel at their ability to focus on their companion even if distracted or engaged with others. It’s hard not to want to pet an assist dog; they always seem to attract love! Did you know that the training and preparation required to be an assist dog takes years, several different locations and trainers to work with the dogs, and is achieved completely free of charge to the awesome person who gets to have a companion for life?

Sally Ferlmann has many years of experience with assist dogs, both as the mother of a son who has benefited from them and as a volunteer puppy trainer and more. We are grateful she is part of our community and both humans and dogs want to celebrate her efforts.

Sally’s son, Michael, received his first dog from Canine Companions in 2006 when he was just six years old. Nina helped Michael, who is autistic and has Cerebral Palsy, go from being bullied and teased to the classmate who got to bring his dog to school every day. He even was elected Homecoming Prince in high school, and Nina and he were driven around the stadium at his high school’s Homecoming football game.

Michael, now 23, has Journey as his assist animal, whom he received after Nina passed on. When Michael’s brother, John, asked Sally, “Isn’t it about time we started giving back and raising a puppy for someone else with a disability?” She contacted Canine Companions and soon Calabria, puppy-in-training, became part of the family. She was with the Ferlmann’s for a year and a half before she was sent to Santa Rosa, California, for professional training.

The training process begins when a dog spends his/her first 18 months with a volunteer puppy raiser. They learn basic commands and are socialized in public and private settings. When the puppies are ready, they enter professional training at a regional training center for five to nine months, where they learn the advanced commands that support the work of an assistance dog.

Calabria did so well at professional training that she became a breeder, and the Ferlmann family was reunited with her when they became breeder caretakers. Jessica, Michael’s sister, and Sally delivered Calabria’s first litter of puppies a year after she returned to the family. They cared for the seven puppies for eight weeks before they were sent all over the country for puppy training! They are about 20 months old now and just began their professional training as assist dogs.

Sally’s other daughter, Katie, also volunteered to be a puppy raiser, and Mom and daughter raised Jane, who left for her own professional training in May 2021. Calabria, who had a second litter, will be returning to the Ferlmann’s once again along with yet another puppy who will be raised in their wonderful home!

“I learned how to train future service dogs. I learned how hard it is to give them up, but how rewarding it is seeing them being given to people like my son Michael who truly benefit from them,” expressed Sally. Canine Companions changes lives!

Thank you Sally and family for your unconditional love and support to Canine Companions and the dogs you’ve loved and cared for through the years. Your work has provided many people with not only assistance with everyday life needs, but also love and companionship that is immeasurable.

Canine Companions, founded in 1975, is the largest provider of service dogs in the world. All support and training is provided free of charge to the adults, children, and veterans who receive a service dog. In addition to providing service dogs for assistance with those who need physical help, Canine Companions trains dogs for facility work in healthcare and education facilities and are placed with a professional in the field who brings the dog to work for interaction with various individuals and groups. Demand for our highly trained dogs is ongoing and growing. Trainers pay for everything while an animal is with them, including food, toys, and veterinary visits.

Donations are always appreciated, and there are many ways to help. You can make a onetime donation, sponsor a puppy-in-training through monthly donations, honor your own canine companion through our memorial gift program, start your own fundraiser, or join one of the DogFest’s held around the country. Check out their website at www.canine.org to see how you can assist. 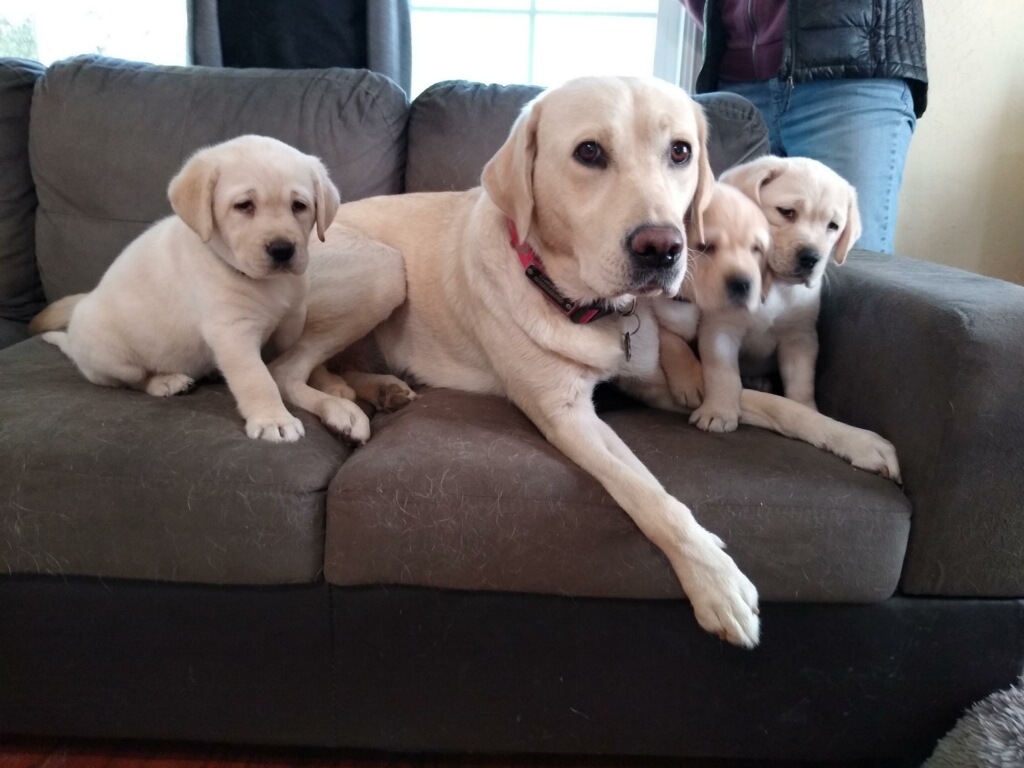 Community members making a difference deserve mentioning. There're so many people in the world making great effort to make our communities a better place but often go unnoticed or are under appreciated. Our communities need connection and support. Here at Cookies N Clean we work with pets and pets are a huge connection to positivity in communities. We see many wonderful individuals that pass through our establishment and we're happy to serve those who server others. Cookies N Clean is proud to support and help individuals making a positive difference in our communities.

If you or someone you know is also making positive communal waves contact us.